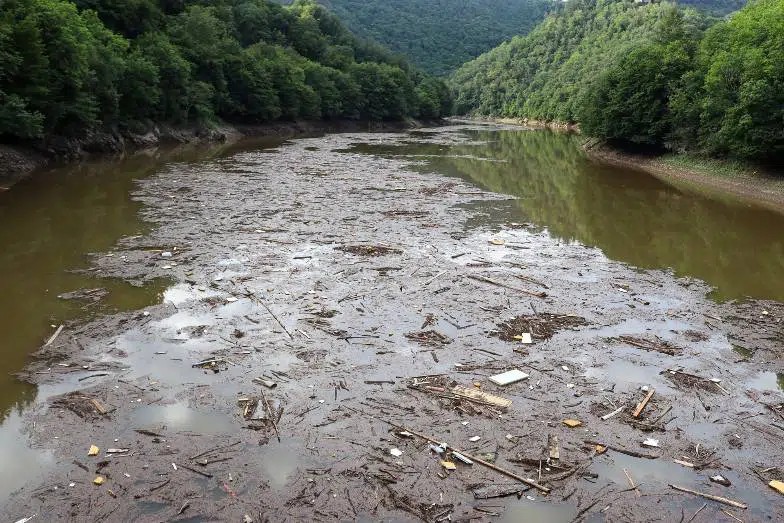 In July 2021, several European countries including Germany, Belgium and the Netherlands were affected by catastrophic floods, causing deaths and widespread damage. Such extreme weather events are expected to increase in both frequency and severity in the coming decades, according to the latest report from the Intergovernmental Panel on Climate Change (IPCC).

To understand the risks of climate change and examine how vulnerabilities can be reduced, United Nations University (UNU) institutes in Germany (UNU-EHS), Belgium (UNU-CRIS) and the Netherlands (UNU-MERIT) have launched the ‘UNU Climate Resilience Initiative’.

Working with partners across the main flood-affected countries in Europe, as well as other flood-prone areas of the world, the initiative aims to share knowledge, shape policy, and drive action to better prepare for future extreme weather events.

From 12 to 15 July 2021, a storm complex stalled over the European region, leading to heavy rain and flooding. In Germany, a month’s rainfall fell within 48 hours. Soils were already heavily saturated after a wet spring, and a history of straightening rivers (leaving little room for the river to meander), led to unprecedented water levels. More than 200 were killed across the European region. Buildings collapsed, roads and railways were destroyed, and thousands lost their homes, with billions of euros in economic losses.

For Professor Dr Nidhi Nagabhatla from UNU-CRIS in Belgium, the events were “shocking” for communities and decision-makers alike.

“The region’s economic stability gave a feeling that it was climate proof. But [the floods have] exposed the vulnerabilities of every region, whether developing, developed or emerging, to climate change impacts,” she says.

Unveiling gaps in preparedness and response

The UNU initiative is still in its early stages, launching on 8 February 2022, but anecdotal evidence has already revealed gaps in the preparedness and emergency response to the 2021 floods. Analysis of press reports, for example, has indicated there was a lack of coordination and cooperation, with gaps in information flows.

There has also been a strong debate on the early warning system and whether a more efficient system could have saved lives.

Gaps have also been unveiled in the awareness, risk perception and behaviour of the population. Teaching about climate change in schools or organising information-sharing events are among the tools which could make communities more aware of the potential severity of climate risks.

Adapting to the future

As the flood-affected region recovers, the initiative will assess how the region can build back better to reduce climate-induced risks going forward.

“We cannot stop floods with phone calls and orders, but rather with existing and emerging innovations combined with trust in public sector services, technological and digital approaches, social organisational training, and introducing solutions in the ecological domain, such as nature-based solutions,” says Dr Serdar Türkeli of UNU-MERIT in the Netherlands, who is co-leading the Adaptation and Sustainable Transformation area of the UNU Climate Resilience Initiative.

His team carries out research on, for example, educational games and digital applications which could provide training prior to a disaster or real-time support during the event, as well as how to utilise state-of-the-art algorithms, satellite imagery and web trend predictions.

The climate initiative will also focus on the role of mental health and trauma in the recovery process.

“In the recovery phase, when to take which turning point depends a lot on mental health, and that’s something we want to investigate further,” says Dr Michael Hagenlocher from UNU-EHS in Germany.

The collaboration between the three UNU institutions allows them to draw on their different strengths, with UNU-EHS’ focus on better understanding vulnerabilities and risks; UNU-CRIS’ expertise on cross-border cooperation and climate diplomacy; and UNU-MERIT specialising in innovation and technology to support climate resilience.

As an international university, the UNU researchers will also use their global network to disseminate their research and inform policy.

“We want to facilitate dialogue, exchange and learning and believe we can learn not only from past events that have happened in the regions, but from other parts of the world,” says Michael Hagenlocher. The initiative will draw, for example, on research on warning systems in Bangladesh, and on flood risks and adaptation in Vietnam or Western Africa.

The initial findings will be presented at a Knowledge Summit, to be held on the anniversary of the floods in July 2022 in Maastricht, the Netherlands, which will bring together scientists, people affected, volunteers, authorities, civil society, youth and policymakers from Europe and other flood-prone regions globally.

This article first appeared on the UNRIC website. Read the original article.